I’ve never been that person to dress my animals up in clothes. This is less about my wants and more about my pets being stubbornly opposed to having any kind of anything wrapped around them. That said, I decided to give it a try with Loki.

Being a Devon Rex, he is a little lacking in the fur department. Poor little guy gets so cold during winter. He basically doesn’t get out from under my blanket for the whole season!

I didn’t think he would be too happy about his new snazzy sweater, but after getting used to it, he is now the happiest warmest kitten in the world! As an added bonus, he gets super placid and cuddly when he wears it, which is always fun for me as he can usually be a big hyperactive! Everybody wins! 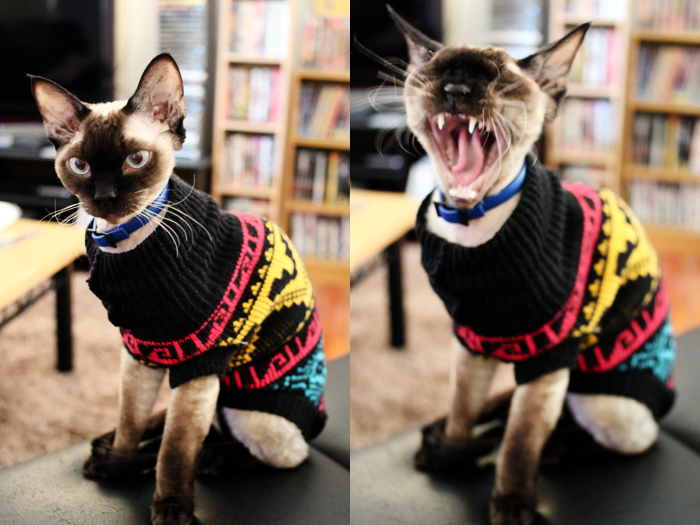