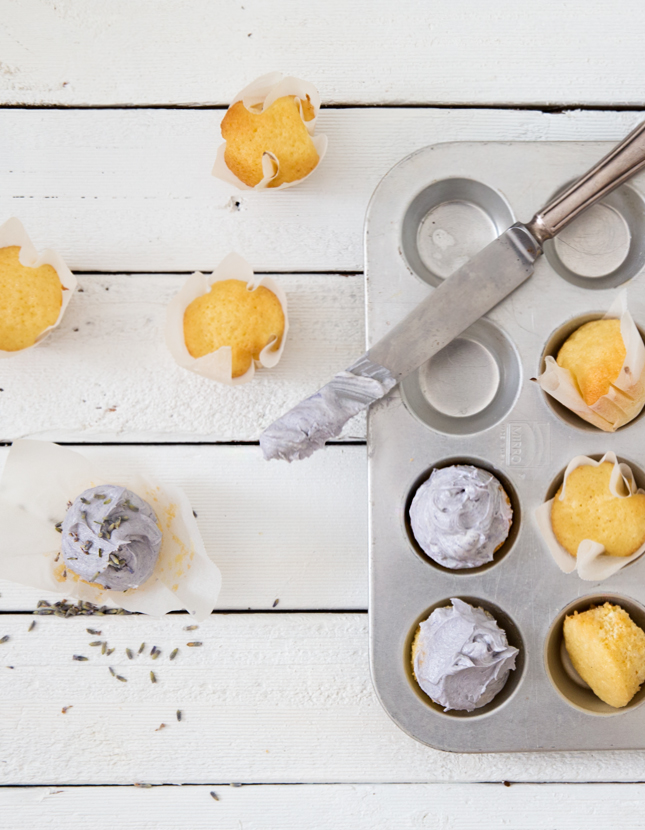 After I impulse bought a massive bag of dried culinary lavender online a little while ago, I have been non-stop experimenting to find the perfect recipe to use it in. Let’s just say that there have been some hits and many misses. These guys are definitely a hit. The flavours are pretty subtle and match each other perfectly.

I would suggest enjoying these tiny cakes while wearing your most girliest frock and sipping tea from your daintiest cup. 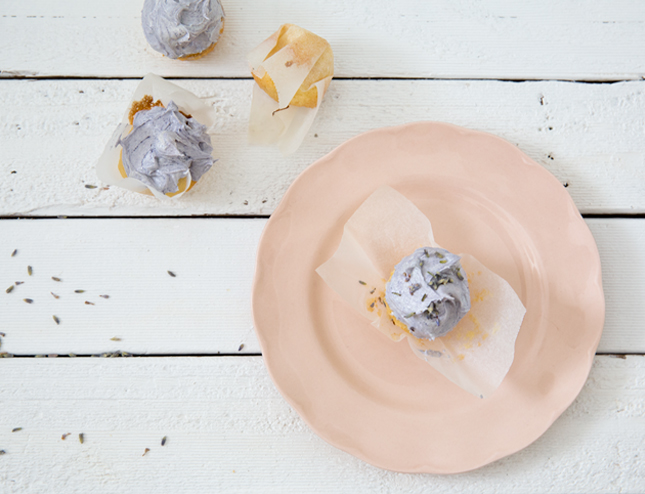 Using an electric mixer, beat eggs and coconut cream for a minute then add vanilla and caster sugar. Beat for 3 minutes. Add coconut then sift in flour and fold through mixture.

Spoon into patty pans and bake for about 10-15 mins until golden and cakes spring back when lightly touched in the centre. Cool completely on a wire rack before icing. In a saucepan over low to medium heat, add lavender, sugar and water stirring until sugar has dissolved completely. Simmer for another 8-10 minutes then strain and let cool completely. This is a simple syrup which you can use to flavour iced teas, cocktails or ice cream.

To make the buttercream, beat icing sugar and butter with an electric mixer until very light and fluffy. With the mixer still on low, slowly add 1 tbs of the lavender syrup followed by the food colouring.