I slept in this morning as I’m still not fully better, but when I got up boyfriend and I did a huge clean of the house and now its all shiny and new so I don’t feel like I was too slack. I’m not going to lie to you guys, this is the cleanest the house has been in weeks! We’ve been so lazy lately and just been doing half cleans on the weekends, so its SO nice to have the house actually spotless! Every time the house is like this I tend to buy a bunch of flowers for our mantle. I’m such a girl. I love me a big bunch of flowers heehee!

Loki decided to investigate while I was taking photos, despite the fact he KNOWS he’s not allowed up there. Cheeky bugger. 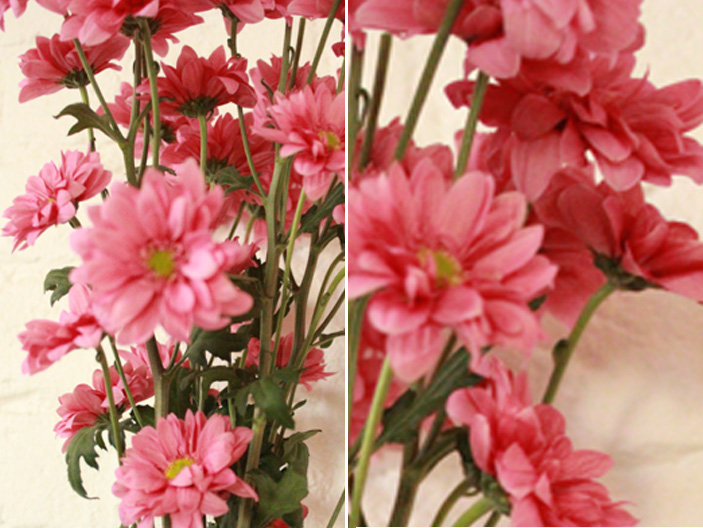 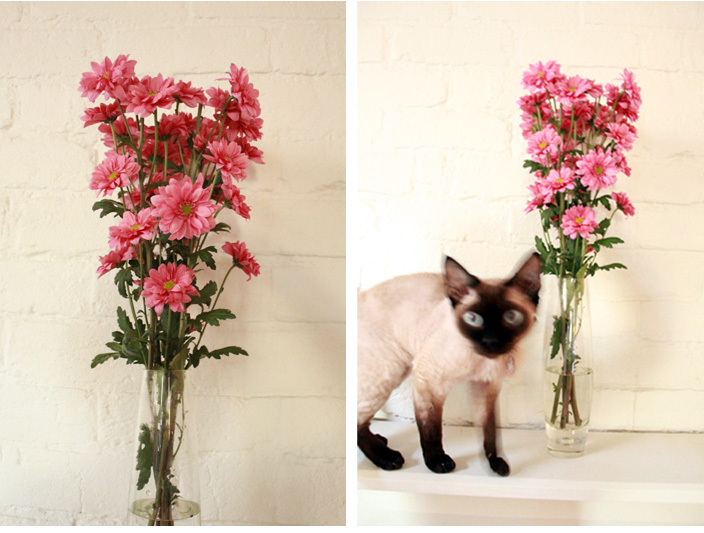 God Dammit Loki! GET OFF!!!

On a side note, some of the flowers were too low in the bunch to fit in my vase, so I clipped them off and put them in a champagne glass (I don’t have a small vase) and put them in my room :) So cute! Do you like to have flowers for no reason?