Usually, when I share recipes, they are dishes I have made multiple times until I am happy with the recipe. However, I thought it might be fun to share my first attempt at a new recipe.

Cheesecake is one of those things that when it’s good, its DAMN good, but if you mess it up, (well, it’s probably still pretty good!) but you can end up with something that is overly rich and dense and, for me at least, a little too much for the pallet. With this in mind, I have always been wary of making my own baked cheesecakes, in fear of ending up with the latter result. That’s no way to live your life!! As Theodore Roosevelt once said, “It is hard to fail, but it is worse never to have tried to succeed.” So, this week in a bought of cheesecake craving, I armed myself with this recipe and set out to conquer my fear.

She might not be the prettiest of cheesecakes, but for a first attempt, I’m pretty darn pleased with how it turned out! I tweaked the recipe slightly to taste, but it honestly turned out delicious! I think you could even remove the berries and it would still be a great recipe. Do you have a favourite cheesecake recipe? I’m going to keep trying out a few until I’ve mastered the art of the cheesecake and I can start to develop my own perfect recipe. So if you know  a good one, let me know - I’d love to try it out! 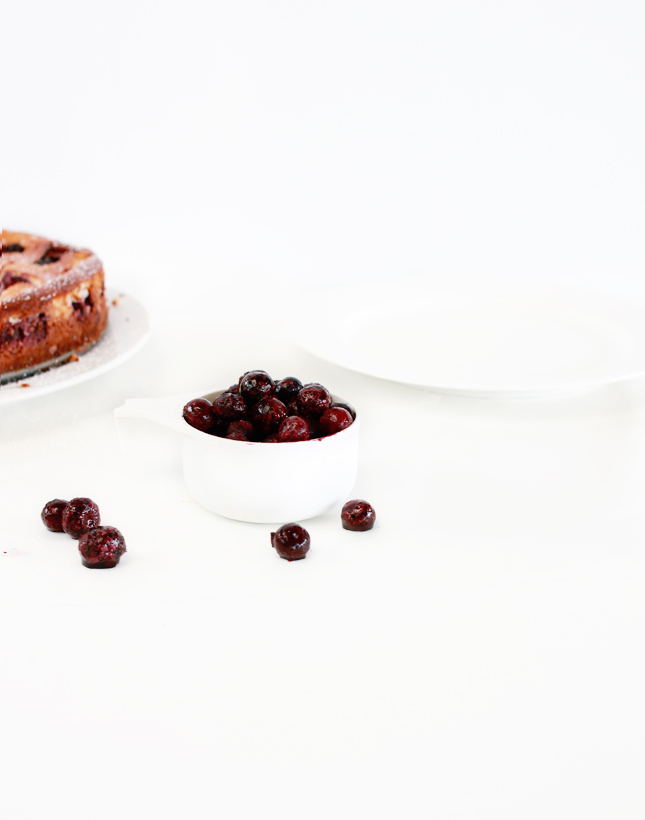