Our next stop on the runaway train that is Ice Cream Month, is the city of Pie Town. Now I know a lot of you out there will be we acquainted with Pie Town in the form of its’s flaky pastry, fruit filled exports like the all American apple pie. But today I’m going to introduce you to its little known cousin; Ice cream pie.

Similar to cheesecake, this little guy has a sugary cookie crust encasing its cream insides.  Add in some mixed berries that, when combined with vanilla ice cream, give the pie that sweetness and tart you didn’t realise you’d been craving. This is ice cream for grown ups people. Your friends are going to suspect that you are perhaps secretly a chef in you spare time, after you whip this one out at parties. (Do people whip out desserts at parties? Maybe I have the wrong idea about what happens at parties… or maybe the parties I’m attending are totally awesome!)

Of course if berries aren’t really your wheelhouse, you can substitute them for other ingredients, but we’ll get back to that tomorrow with a slight variation on this recipe. For now, sit back and revel in the knowledge that you only need a few simple ingredients to make something oh-so amazing. 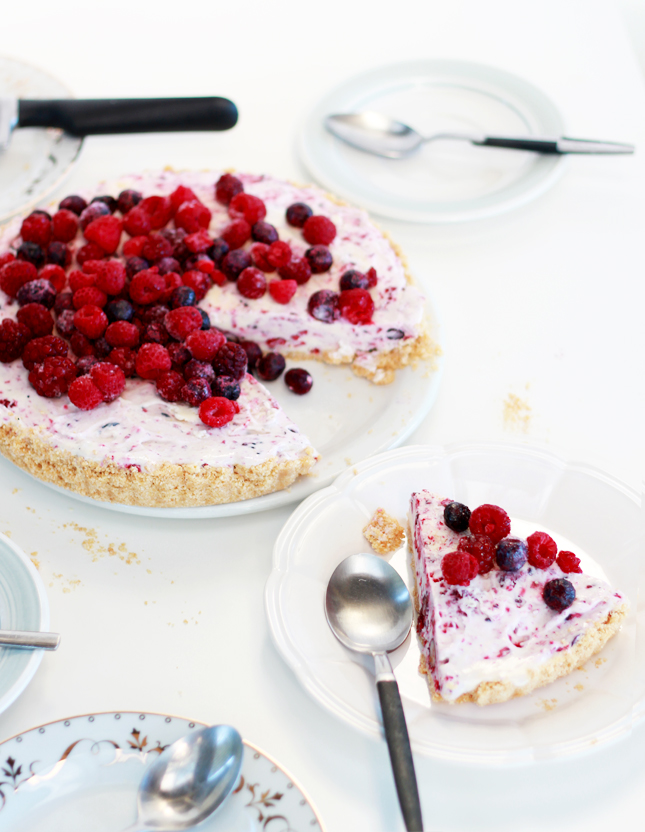 Sometimes High Walls may contain affiliate links. In other words, if you make a purchase from certain links on this site, if it is an affiliate link, I may make a commission.
These will always be tagged as such and I will never share anything that I wouldn't buy myself.