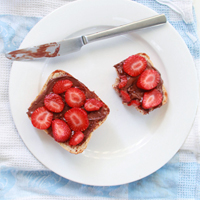 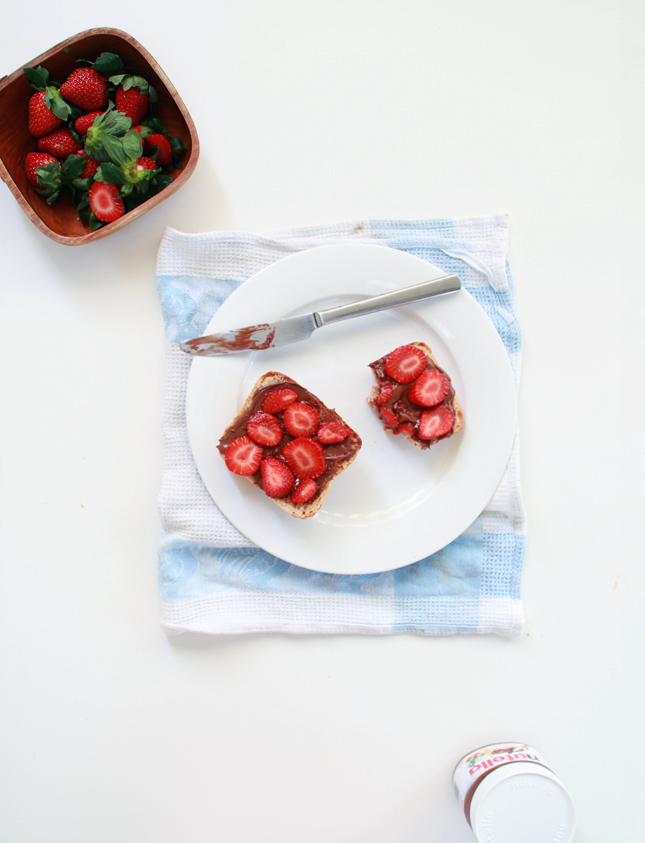 Hey guys, I’m jumping on a plane today – heading interstate for a wedding (and a long weekend!) but before I go, I thought I’d share one of my guilty pleasures.

Ahh Nutella, the most delicious of the falsely touted ‘healthy’ spreads. When I was a child I hated Nutella (what a freak!) It wasn’t until I was about 19 that I suddenly developed a liking for it. Since then I have been making up for lost time! I try not to keep too much in the house because once I know it’s there I will demolish it straight from the jar! I’ve taken to hiding it in the back of the pantry so I only use it when I actually need it. No self-control. Mix that strawberries, and you have a recipe for delicious delicious disaster! There is no real ‘recipe’ per-se. Take some crusty bread, I like to get mini Turkish rolls and warm them in the oven before slicing in half. Then add an extra generous slathering of Nutella (go crazy! You know you want too!) and top with a layer of sliced strawberries. Consume as quickly as possible, which you will immediately regret, but it was totally worth it! 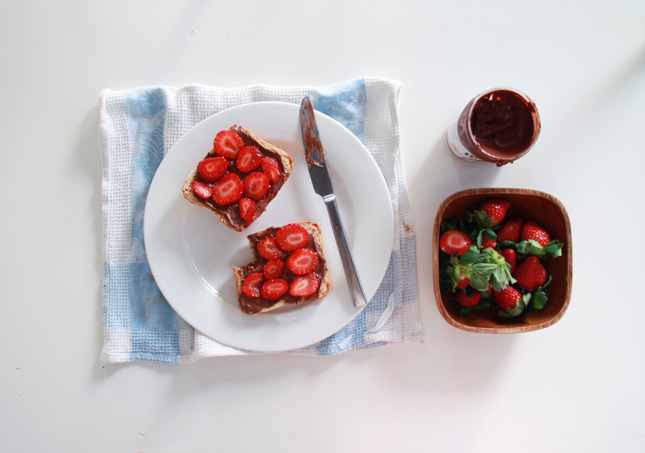 Fun story: This video was originally a GIF was made with over 200 individual images. I spent over an hour putting it together before Photoshop promptly crashed and I (of course) had not saved… After crying myself to sleep, I attempted the GIF a second time the next day and of course it was waaaaay to big! So instead here it is in all its GIF-y, Jumpy glory but in video form! See how much I love you guys? (Does anyone else actually enjoy these gifs as much as I do?)